The Only Termite Protection Your House Will Ever Need™
The Sentricon ®Termite Colony Elimination System establishes a new standard for protecting property from subterranean termites. It's an innovative baiting system that acts like a security system, providing continuous defense. After eliminating attacking colonies, the Sentricon System guards structures by monitoring for future invasions. As a long-term solution that's easy on the environment, the Sentricon System is the only subterranean termite protection your house will ever need.

Property Protection: A Three-step Process
The Sentricon System provides property protection through a three-step process: detection of termites, elimination of termite colonies and preventive protection against reinfestation by regular monitoring for new termite activity. Our highly trained and specially authorized pest management professionals install inconspicuous Sentricon stations in the soil around the perimeter of your structure. Wood-based monitoring devices are included in the station at the time of installation, and these devices are routinely examined for signs of termite infestation. When the monitoring devices show significant termite activity, they are replaced with a Baitube™ device containing Recruit™ II termite bait.

The Active Ingredient, Hexaflumuron
Subterranean termites are social insects, so all individuals within the colony depend on one another for survival. The Sentricon System targets a colony by using a unique active ingredient, hexaflumuron, in Recruit II termite bait that is spread throughout the colony's foraging population before termites can notice its effects on their nestmates. The Sentricon System delivers the active ingredient by taking advantage of the foraging and feeding behavior of subterranean termite workers that are responsible for sustaining the colony. Hexaflumuron affects termites by stopping the molting process required by termites to grow. As the worker termites die off, the termite colony declines to the point where it can no longer sustain itself, ultimately leading to its collapse and elimination.

Proven Success
Extensive field tests have been completed on infested structures by the United States Department of Agriculture - Forest Service (USDA-FS) and by researchers at major universities. More than 30 scientific papers have been published on the Sentricon System and its components. The conclusion of this research is that the Sentricon System has successfully eliminated colonies of all economically important subterranean termite species in the continental United States and Hawaii in a wide variety of environments. With the Sentricon System, you can stop the destruction, or prevent it from ever happening. 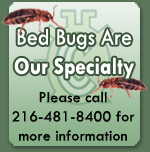